Find these titles and more at the Library website:
https://anacortes.biblionix.com/catalog/ 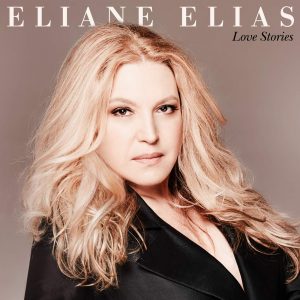 The Brazilian pianist/vocalist, whose name is pronounced Ill ee AH nee  ILL ee us, has been on the scene for a number of years, and is a frequent to performer at Seattle’s Jazz Alley. She is a sophisticated pianist and a fine vocalist, with a deep simpatico relationship with bassist/husband Mac Johnson, who appears here. The song selection is cool. It’s fun to hear A Man and A Woman and Come Fly With Me done in this trio setting. 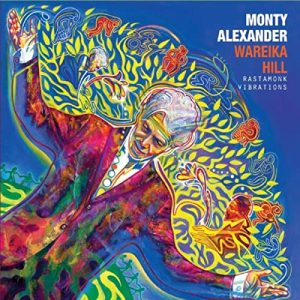 Jazz pianist Monty Alexander always seems to find an authentic way to merge jazz and with his native Jamaican Rasta cultures. In this case, Wareika Hill refers to a place where the Rastas would gather outside of Alexander’s childhood home in Kingston. With the subtitle of RastaMonk Vibrations, the collection here connects Thelonious Monk to reggae and ska in a wonderfully organic way, not at all gimmicky or superficial, with traditional drumming connected to the West-African Ashante culture near the root of the diaspora. Wicked, Mon! 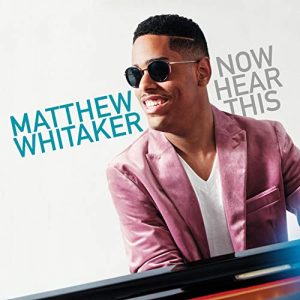 At just 18 years old at the time of this recording, Matthew Whitaker is both a remarkable pianist and an incredible story of human survival. Born 23 weeks premature, Matthew lost his eyesight in his first three months, yet his musical development has been almost unparalleled. Playing acoustic piano, synths, and Hammond B3 organ, he is joined at the core of this date by bassist Yunior Terry and drummer Ulysses Owens Jr., and balances his original compositions with jazz compositions that have been meaningful to him. We’ll be hearing a lot more from this artist. 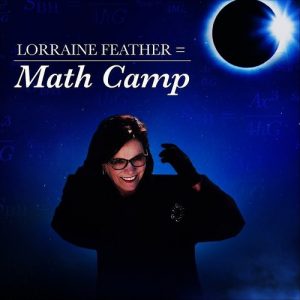 Vocalist Lorrianne Feather, is talented, super bright, and distinctive to the max. This collections of original songs, many co-authored with co-producer Eddie Arkin, rings with sly, and sometimes not too sly, wit and insight. She comes by her alternate philosophies honestly, her father was the noted jazz critic and social observer, Leonard Feather. This stuff is waaay beyond Math Camp.

Alto saxophonist Steve Lehman a bit of a genius, and a monster musical technician. With a blistering attack on complex musical structures, Lehman has always found kindred spirits in bassist Matt Brewer and the drummer Damion Reid. For this release, they expand to a quartet by adding the distinctive pianist Craig Taborn into the mix. It’s a marriage made in heaven. The music is engaging and astounding, tugging the clear jazz tradition into a future of expansion and invention. 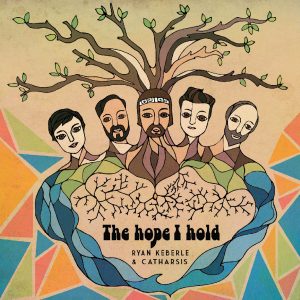 As the title implies, trombonist Ryan Keberle is a respected composer and instrumentalist whose artistic direction is clearly guided by his personal values and sense of social responsibility. Working with the Chilean vocalist Camila Meza, and a talented ensemble of like-minded instrumentalists, Keberle finds inspiration for The Hope I Hold in the poetry of Langston Hughes, building a musical statement that challenges and satisfies on a number of levels. 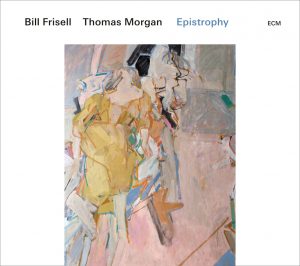 That the idiosyncratic guitarist Bill Frisell should finally meet, and make music with the distinctive bassist Thomas Morgan almost seems inevitable. Even without seeing the two of them on stage, looking like the most bashful guys in anyone’s living room, you can get a sense of their caution and care by listening to the music. But don’t let the low-key approach fool you; these are two of the most masterful artists making music today, and leave it to the refined, Munich-based ECM label to recognize the understated gold at work here. The nine tracks are pure Americana, from Thelonious Monk and Billy Strayhorn, to James Bond, and on to Wildwood Flower and the Red River Valley. The music is honest to the bone, with understatement barely masking its genius. 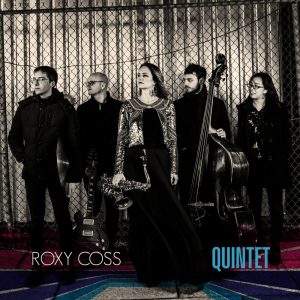 Roxy Coss
Quintet
Outside In Music

A favorite daughter of Seattle’s respected jazz education system, and of Seattle visual artist Mary Coss, Roxy Coss has been making serious waves in recent years as a saxophonist on the New York jazz scene; a scene where, by the way, many of the world’s best jazz saxophonists are already in residence. And she’s doing it on her own terms, asserting her personal values through the musical selections and her assured performances. As the first track says, “Don’t Cross the Coss.” 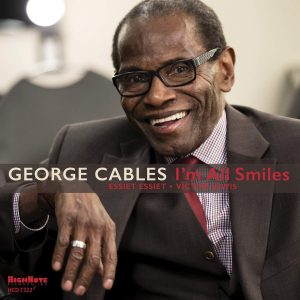 In addition to being a remarkable pianist, on many levels, George Cables is one of the most beloved characters in the history of mainstream jazz. From years with the great Dexter Gordon, through a solo career as good as any, “Mr. Gorgeous” has been a beacon of artistic integrity and love – of the music and the people who make it. This trio date has long-time colleagues Essiet Essiet on bass and the great Victor Lewis on drums. The music is a reflection of Cables’ disposition (as the title track would suggest) and is delivered with humanist perfection. 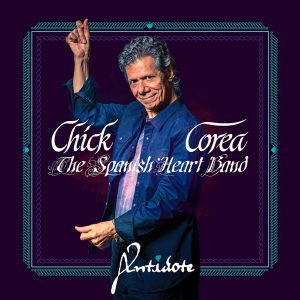 This stunning new “Spanish Heart Band” build’s on maestro Corea’s love of Spanish musical influences. At nine pieces +, the band compliments, rather than dominates, Corea’s brilliant  pianistics, and the Spanish artists feel and own this music like a personality trait. The selections are familiar, and some brand new. At 75+ when this recording was made, and with 22 Grammy Awards (from 63 nominations) to his credit, Corea shows no sign of diminished capacity or enthusiasm, and we’re all the beneficiaries. 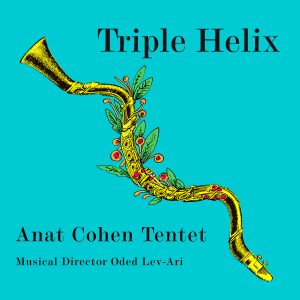 Already firmly established as one of the most remarkable clarinetists in jazz – ever – Anat Cohen is barely what you’d call middle aged. Her dramatic musical development extends as well to chops as a composer and arranger, as demonstrated in her Tentet writing. Triple Helix includes several original compositions, a nod to the tangos of Astor Piazzola, and ever-present musical references to Cohen’s native, Israel. The band is eclectic and first rate. 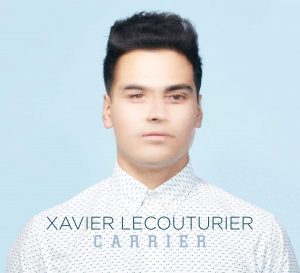 Coming close on the heels of his 2018 graduation from Seattle’s Cornish College of the Arts, Carrier is the first release of the young drummer, Xavier LeCouturier. Filled with original compositions by the band members, the music is both traditional and modern, expressing the lives of the young musicians with skill and a remarkable sophistication. This is a group of emerging artists – with the exception of one track that includes the veteran trumpeter Thomas Marriott – is pointing to a positive future for the jazz continuum.